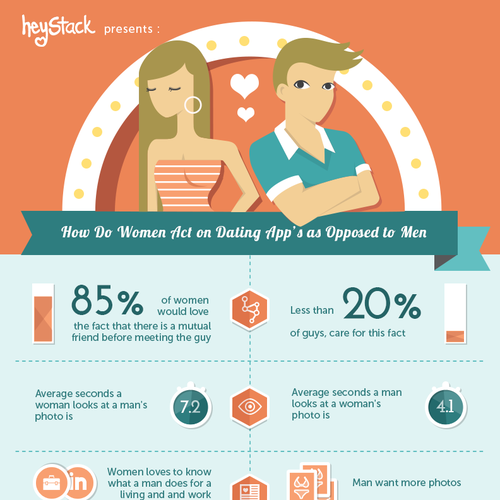 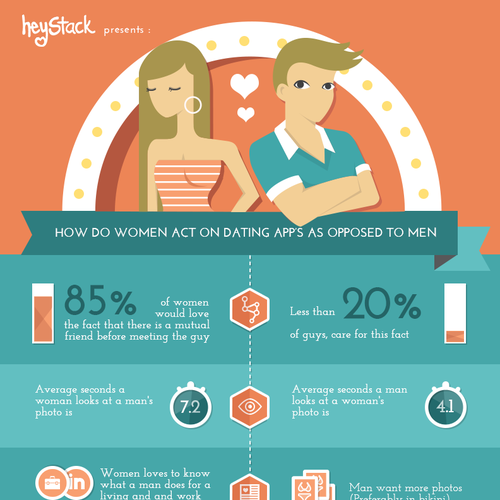 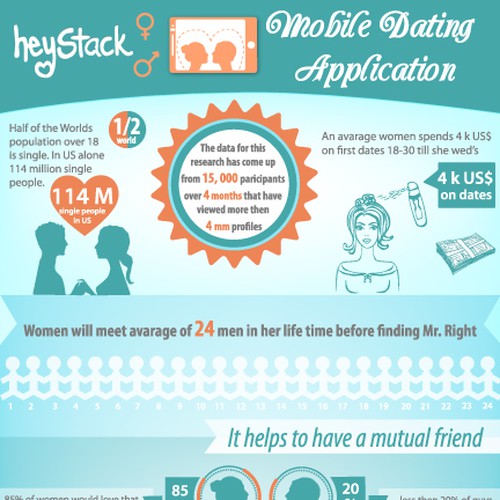 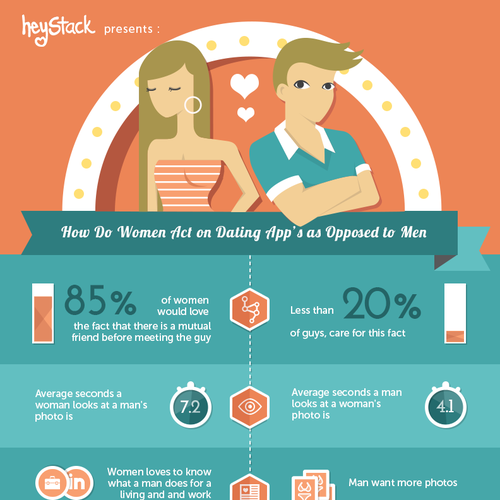 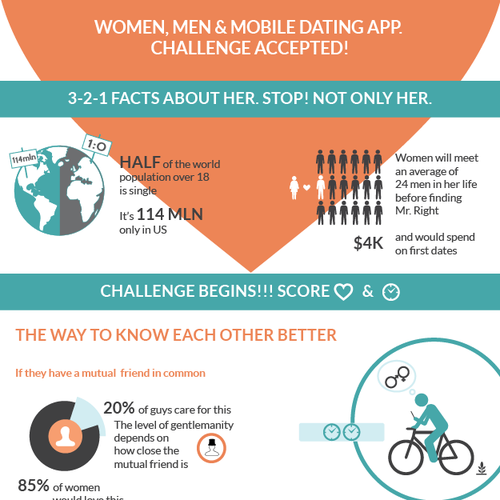 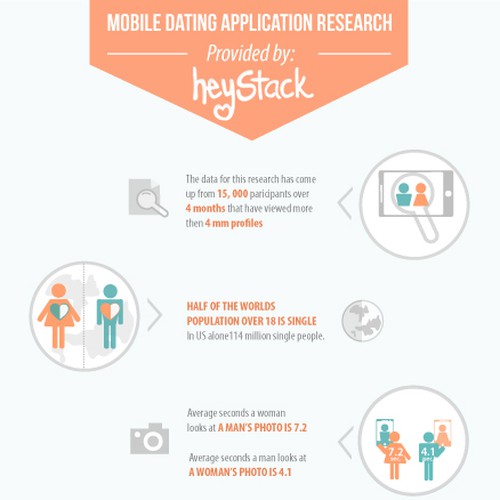 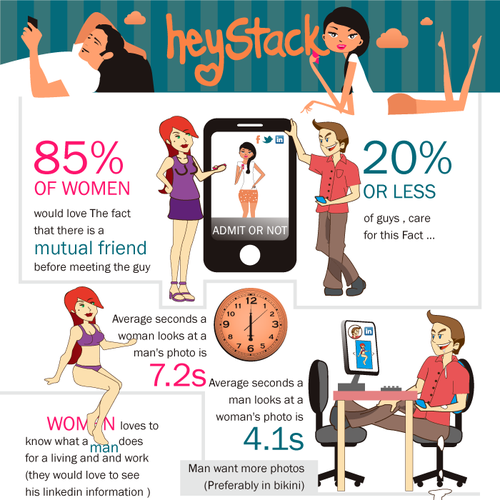 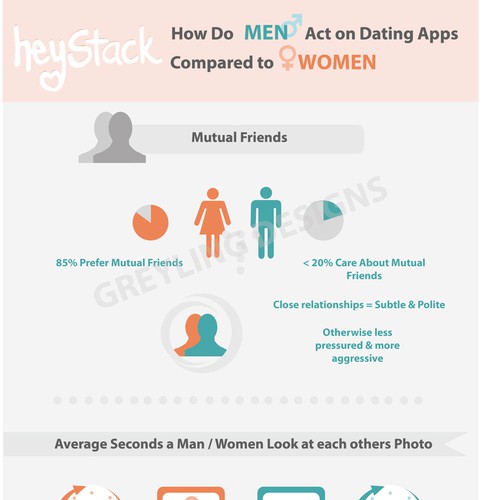 We are looking for an Observational Humor with the content domain of dating & sex, something that’s on everyone’s mind whether they like to admit it or not. The graphic represents a situation that many people (male and female) can relate to, and the overall complexity is a sly joke about how women can over-think dating and romance when it comes to interacting with a dating ap

We should think of this infographic as a mix of :

A new way of looking at something, by presenting research that uncovers new information, this generally been common knowledge before it was published.

The data for this research has came from
15,000 participant
Over 4 months
That have viewed more than 4 mm profiles

A classic example for this is
http://visual.ly/gamers-get-girls

The other part is Graphics that pick up on trending memes or long-standing social phenomena to make them visible by illustrating what we already know, or by combining observations in a new way to come up with a humorous result

The classic example for this is
http://visual.ly/should-i-text-him-flowchart

But the whole idea is to talk about mobile dating app and how to people act, more specifically how do men act on dating app’s as opposed to women

4.
- After 30 or so messages a guy goes ahead and tries to get the girls phone number ( VIA whatsapp or just asking )
- While girls rather talk more (over a 100 messages)

7
- Women are exploring a men interests, his “likes” and “dislikes”
- Men do not care about that information

8.
If the mutual friend between the two is close to both sides
- The men - would be polite and be subtle ( less aggressive ) , given the social circle is very close
The “farther” the friend is , the more “loose” the Men would feel
( please feel free to change the wording of aggressive and loose to something more appropriate in the infographic itself )

10.
- men viewed more than three times as many profiles as women and were about forty per cent more likely than women to send a message or chat after viewing a profile.

Some more interesting facts that should be added to the ingredients

a. Women will meet an average of 24 men in her life before finding mr. right
b. an Average women would spend 4K US $ in average on first dates in the course of ages 18-30 ( till she wed’s )
c. Half of the world population over 18 is single (In the us alone there are reported 114 million single people)

The brand
This infographic comes from heystack (heystack.co), we are developing an app that women would LOVE, meaning we are building an app that its focus to let women feeling very comfortable in the app ( more than men :))
The whole idea behind this infographic is to let people get it from this info that we are all about the difference between how women and men interacting on a mobile dating app and more importantly why the way women interact makes more sense, whereas men are a bit more aggressive and less thoughtful (and in the infographic it has to be done in a fun and cool way like)

Comments
It is important to specify that we do not necessarily want it visualized exactly as we have shared the data with you (i.e. not as a list of ‘vs.’), but there are a couple of ways
One of the idea that came up with was to show a timeline of how much a women takes her time and interest in reviewing the details as opposed to men ( and see it on a dotted chart ) , etc …
But i would leave this to the graphic & creative team.