Design a logo for a cloud-based online learning platform

The product/software is a cloud-based online learning and learning management platform. The product is sold to educational institutions, i.e. mainly schools, but also universities and professional learning providers.

I have attached two examples of logos that we like. The logo proposals should have a similar feel and style but be sufficiently different in order to provide our logo with its own unique identity and so to avoid any copyright issues. The logo should entail an abstracted cloud, laptop and wifi symbol. The wifi symbol can either be included on top of one of the top-hand corners of the laptop screen (but stretch outside of the screen area), be included in the middle of the screen or placed entirely outside the screen. The wifi sign could maybe even organically transition/dissolve/evolve into the cloud(s) (just an idea). The logo should also include a German trademark sign behind the company name, i.e. Schul-Cloud ®, and the name should be positioned below the logo to ensure that the logo and name together constitute a rather square logo rather than a rectangular one. The logo should not be massiv but have sufficient transparent areas. In terms of the font for the name, please could you experiment with fonts such as ITC Bauhaus (preferred font at the moment), Mont, Sackers Gothic, Futura, Proxima Nova, Foco or similar fonts. While these are the ideas that we had on the logo, we are open to other ideas as well.

Kindergarten Logo for kids that love to get messy, explore nature and play all day!

Hillarys Community Kindy is a Kindergarten for 4-year olds. We offer a great alternative to school-based kindergarten be

Design a logo for Give A Shits who want to make a bigger difference than they believe they can. NO HEARTS please.

We deliver deep dive transformational programmes to change agents, business leaders and Give A Shits who want to explode

Logo for Podcast on Women's History

I am developing a podcast on women's history. I expect it to appeal mostly to educated women.

Logo design for a computing in biology class

I teach bioinformatics. Bioinformatics combines computing (coding and data analysis) and biology (DNA, Proteins and all

This is a 4-Week online marketing transformation program designed around building exposure, making marketing easy to do,

we discover and share the science of how to become a better learner www.thelearnerlab.com

Design a sporty and western logo for the Wyoming physical education teachers we serve!

We provide marriage and relationship counseling and training

We are research lab in a university and the target audience would be students and other scientists.

We educate and empower individuals with real estate information, through educational courses programs and workshops. Inc

We are an on-line and in-person education, training, and personal coaching for being prepared in all aspects of life. On 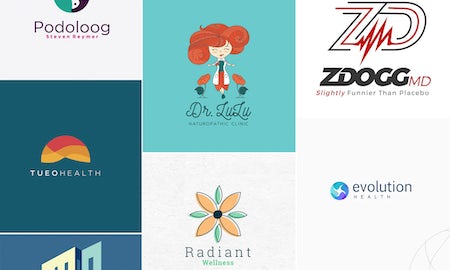