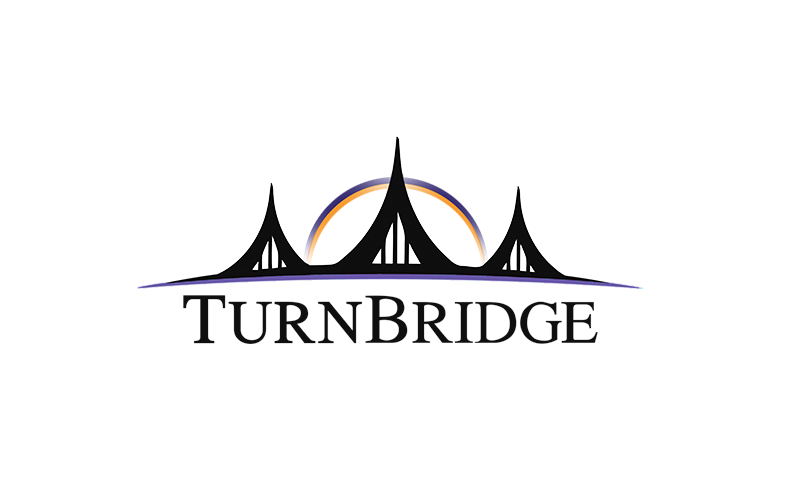 Help Turnbridge with a new logo 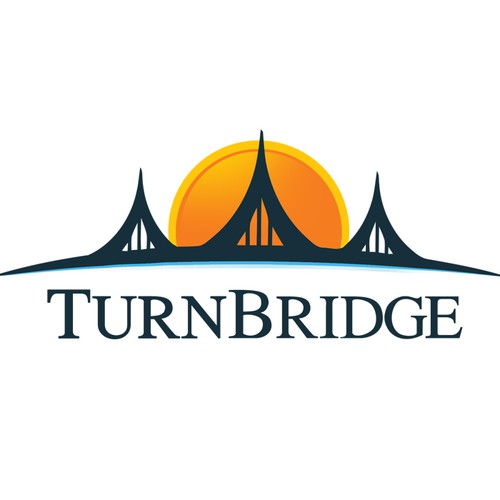 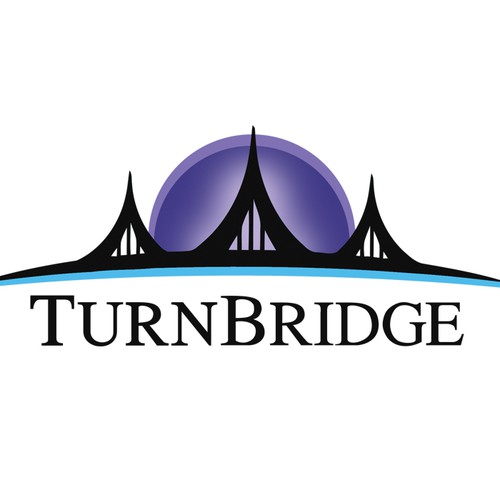 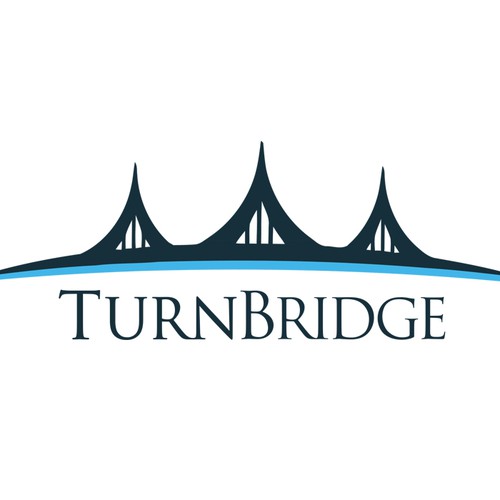 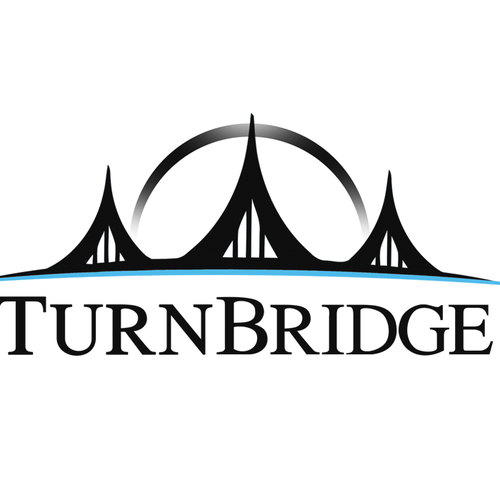 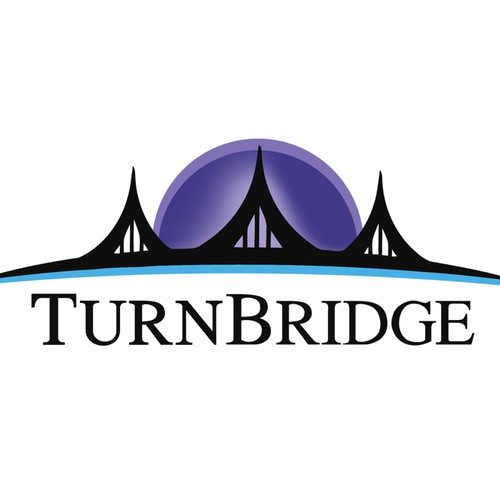 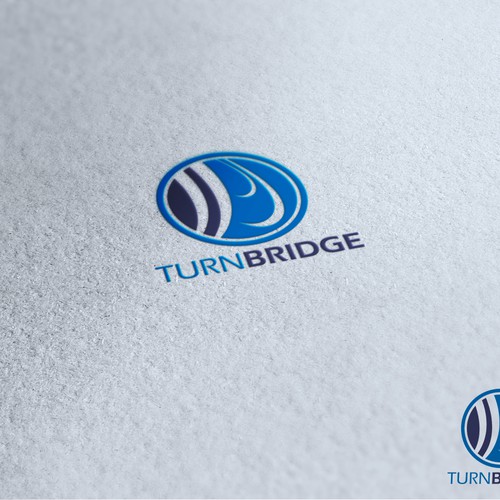 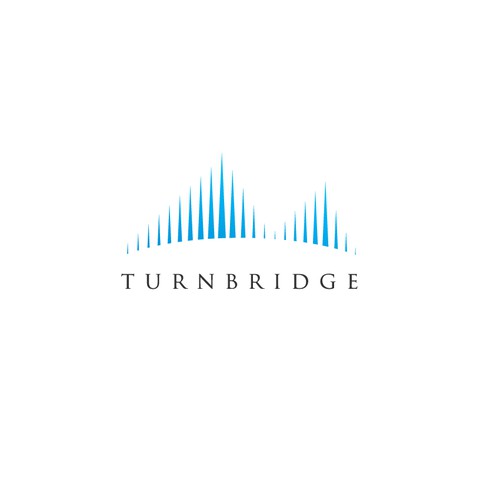 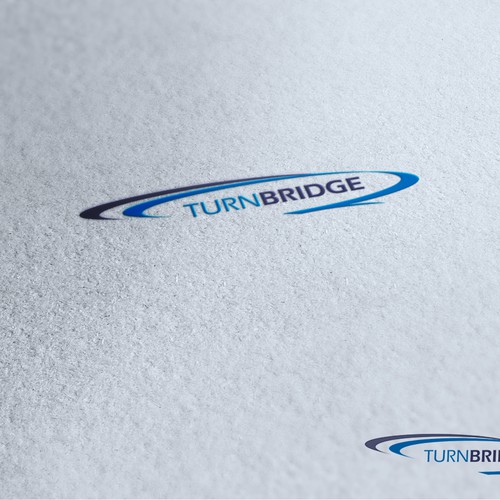 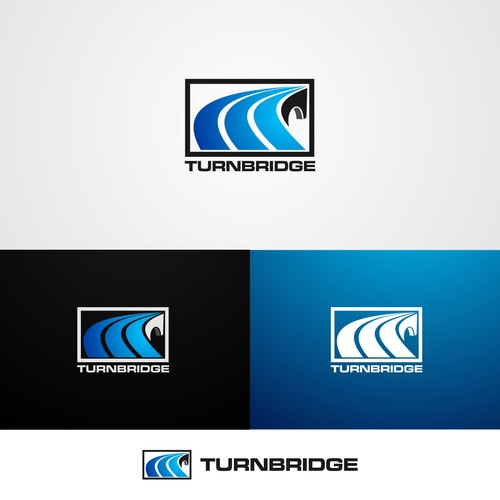 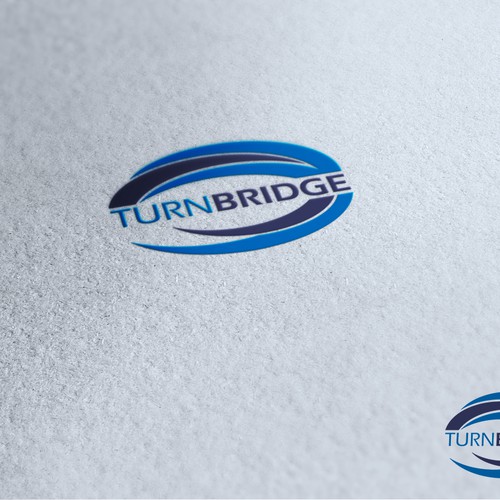 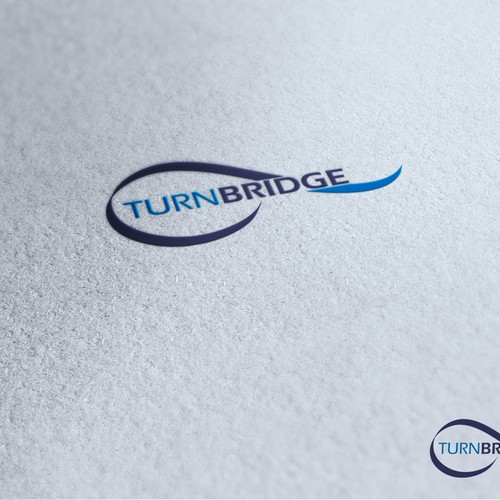 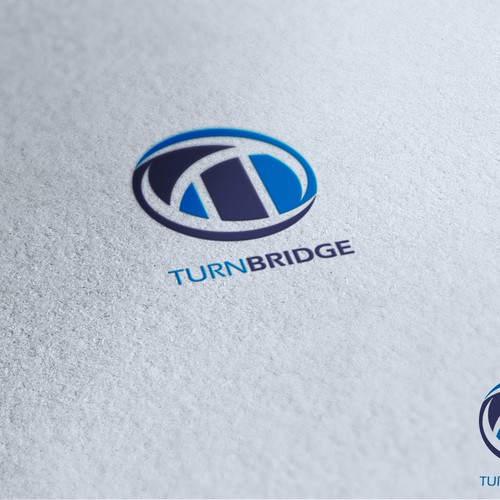 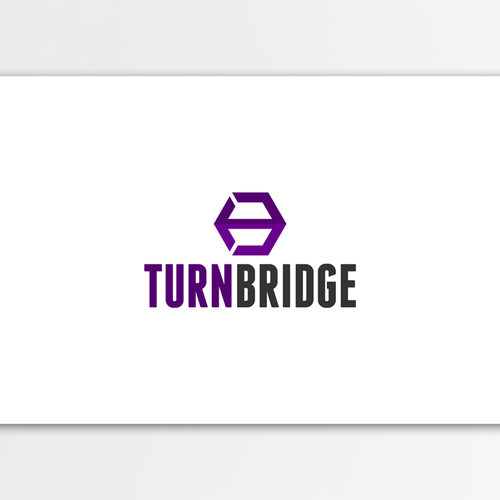 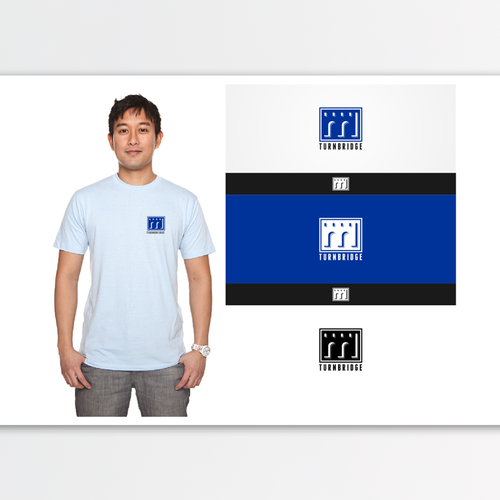 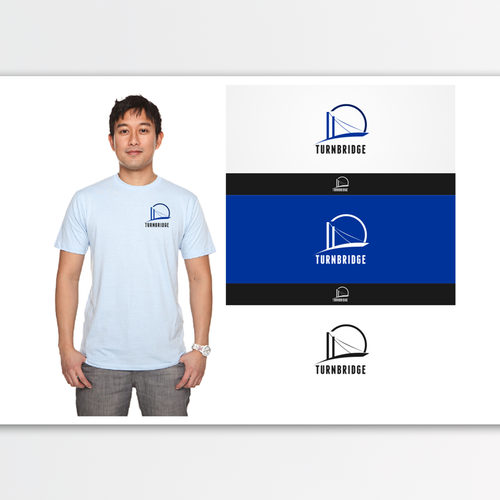 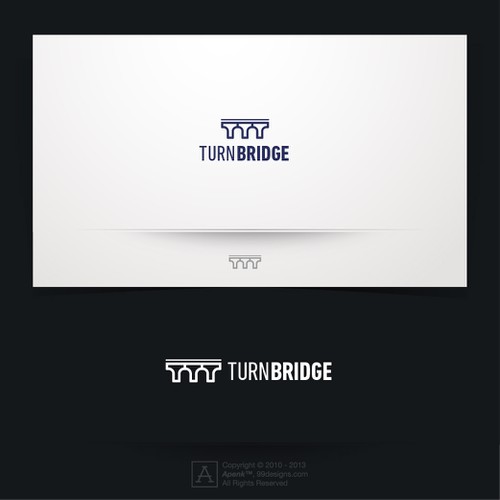 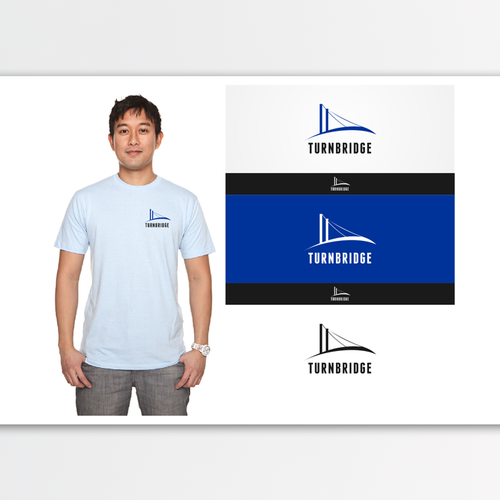 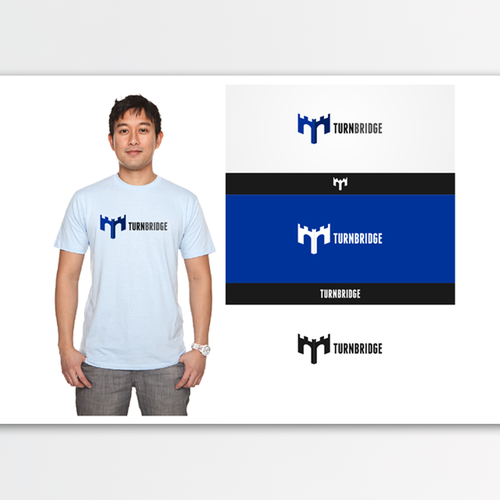 I picked Turnbridge for a number of reasons:

(2) because I like the idea of combining the stability of a stone bridge with the dynamic adaptable nature of a bridge that turns/moves so that you can take different paths and not locked into one direction.

(3) capturing the idea of transitioning across unchartered potentially dangerous waters to move from the security of the current known state to achieve great things on the other side.

(4) and capturing the idea of exploring many paths, not just one.  the idea that the bridge opens up to many options, to many different directions, to different end destinations.

So the image is one of rock solid stability and dynamic motion.

The logo doesn't have to capture this idea. I really just want something very cool, eye catching - something people would notice and want to wear on their shirt or jacket. Something that would draw attention on a tradeshow booth.   Attractive and intriguing is more important than simple and obvious symbolism.

The name Turnbridge does not need to be dominant.  It can be a subtle small subtitle underneath a great image.

The colours I chose do not have to be.  Open to other colours if you feel they work better.

Jetzt starten
Playful logo for a firm that helps small businesses and small non-profits make a BIG impact.
US$ 299
We offer strategic, on the ground support to help grow and strengthen small non-profits and small businesses. We know t
35
entries
9
designers
Simple Med Solution - Help us design a catchy new logo
$399
We provide heath insurance for people under 65
111
entries
24
デザイナー数
Though provoking. No complacency. Challengers of the status quo
599 $AU
SMALL PRIVATE NETWORKING AND BRAINSTORMING EVENTS TO PICK EACH OTHER'S BRAINS Finding solutions by discussing ideas Ch
34
entries
7
designer graphistes
Looking for Creative Logo Design to Launch Leadership Coaching Firm
299 $US
Youth rowing
20
entries
4
designer graphistes
Website to help corporate innovation consultants
CAD 1.500
We are an innovation consultancy that is focused on helping enterprises $500M+ a year in revenue that have innovation te
5
entries
3
diseñadores
Create Cover Illustration For Top Ranked Podcast
349 USD
A podcast that analyzes a book each week and uses the concepts to help entrepreneurs with their journeys
22
entries
13
designer